Sometimes I lay in my bed at night and I look up at the stars and wonder… where the heck did my ceiling go.

As human beings, we have a tendency to attribute meaning to many things that may logically appear quite menial.

I did try convincing my wife at one point that our birthdays and wedding anniversaries are only dates on the calendar similar to any other day. It didn’t go over very well.

As traders, we like to look at charts with past history data as if we can tell the future from it, but I’m sorry to be the one to tell you this simply isn’t true.

We can no more tell the future from technical analysis than you can from the alignment of the planets, which evidently is how the young social media sensation Maren Altman racked up a million followers on TikTok. Well, her outfits might help too.

For anyone who might think it strange to use stargazing to better understand the price movements of bitcoin, you should know that the art of astrology has been around since at least ancient Egypt, far outdating Japanese candlesticks.

So, it’s completely understandable how some people (not me) might make the case that reading your horoscope before trading might be more beneficial than reading the news.

Of course, for those of you with a more long-term feet-on-the-ground sort of mindset, you might be better off doing a bit of research and maintaining a well-diversified portfolio.

Listening to the experts might be a bit more insightful at times, but that’s not always what it may seem either.

Today, as the crypto pullback continues once again, we saw Scott Minerd, the CIO of Guggenheim Partners, actively trying to talk down the price of bitcoin on CNBC. 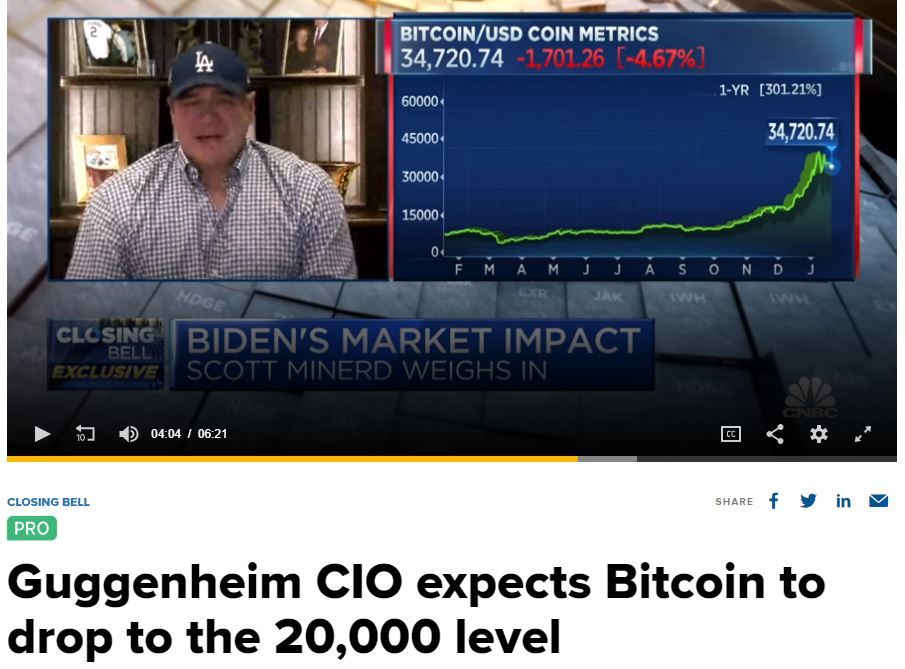 To be fair, it’s really difficult to argue with anything Minerd says in the above clip. His explanation on the economy makes a lot of sense, and he’s right that when an asset doubles in a month, a retracement should probably be expected.

However, the fact of the matter is that Minerd is looking to, but has yet to execute on, allocating 10% of his portfolio into bitcoin. So even though he seems like an upstanding guy, there’s certainly room to question his motives.

On the other hand and slightly more recently, we had Tom Jessop, who is the President of Fidelity Digital Assets, just now painting a very positive outlook for crypto regulation under the Biden administration and pointing out that the recent sell activity is actually some healthy consolidation. 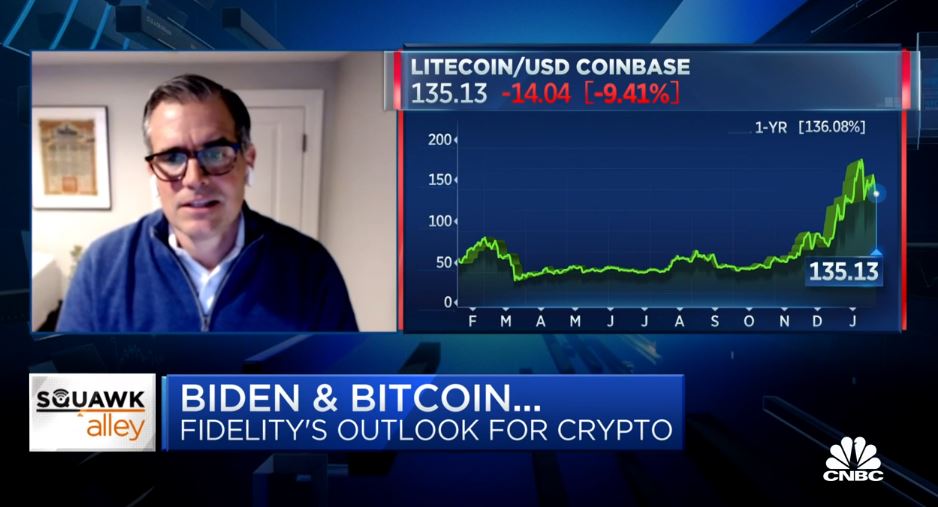 Again, if we are to look at motives, Jessop certainly has reason for investors perceive these developments as positive, as Fidelity has positioned itself to be a major institutional on-ramp for bitcoin.

When prices go up, all news seems good and when prices decline, it often seems like the world is falling apart.

Former Federal Reserve Chair Janet Yellen’s comments the other day were rather sour, and when we pair that with the recent statements made by European Central Bank President Christine Lagarde, we realize that the two may work together at some point in the next year in order to try and hamper the crypto revolution, especially if prices continue to rise.

Who can blame them though? The entire purpose of bitcoin is to ensure that people like Yellen and Lagarde have less power over our money, so they certainly have every incentive to try and curtail it.

As you may recall, we’ve been keeping a list of reasons to be bullish on bitcoin during the last run up. Very glad to say that for the first time since our recent peak at $42,000, we’ve added a big one. …

Even though this does not indicate that BlackRock itself will be investing in bitcoin anytime soon, it certainly means that, if approved, their clients will be. Blackrock is currently the world’s asset manager, so this news is obviously extremely bullish.

Well, we don’t know right now, but the uncertainty has the price of bitcoin in a massive $10,000 consolidation range. Good times.

The post Bitcoin Drops to $31,000 Despite BlackRock Joining the Foray appeared first on Bitcoin Market Journal.